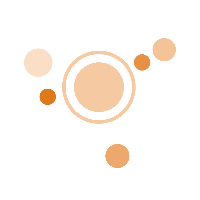 Some history around License Management
Vincent Thoulé posted on Jul 18, 2020

Following the fix of a bug in Alkaes License Management (ALKUMPM-28, see details below ....), I take time to share its history or go directly to Fix Details .

... Minyaa Suite had its own License Management ...

When the first versions of Minyaa plugins have been released, It came with an in-house implementation of License Management based on True License librairies from Schlichtherle in version 1.29. It did the job as expected.

... and the UPM starts to provide License Support ...

When Atlassian started to provide its own Licence Support in Universal Plugin Management (UPM), many third plugins adopt it. It was the begin of Atlassian Marketplace ... it was easier for customer to manage the licenses of their purchased plugin in one place.

For Minyaa, the move to UPM License tooks more time for different reasons :

First reason : Minyaa remained for a long time V1 plugins (not installed from UPM, but deployed manually on server side and requiring a Jira restart) due to a major technical reason : A large part of features of its plugin were based on internal APIs. The move as V2 plugin was equivalent to a loss of feature.

Even when Minyaa was been moved as V2 plugin, the UPM License Support has not been integrated, again for a technical reason : Minyaa was not one plugin but a set of plugins. And it was needed to enable many plugin with one License Key. The License Key managed by Minyaa and also for new Alkaes plugins was able to reference the list of licensed plugins.

After some evolution in the Alkaes License Plugin, it was finally possible to manage the Plugin dependency in the configuration of the plugin, and also a licensed plugin was able to enable another commercial plugins.

Today, Minyaa Core is commercial plugin (not officially sold) but may be enabled by Minyaa Time or Minyaa Workflows.

It is why, even if you have purchases Alkaes plugins in Marketplace, the UPM License is partially checked by the Alkaes License Plugin.

And perhaps, you have experienced the following bug ...

At the beginning of the Atlassian community, when the different Third Part plugin became commercial, they followed a similar history :

During the 1st phase, for a part of them, their Commercial Licenses was not Permanent.

I will not reveal who they are, but I was horrified by this practice, and was proud to have a honest implementation of Licence Management ... until recently !

With all past performed tests, I verified the different use cases related License Management like :

And performed tests were completed ... excepted one !

Although an installed Commercial License was effectively Permanent related its Validity period, it was no more possible to re-install it as soon as it was expired.

Today, this bug is fixed !

The new version of the Alkaes License Plugin will be introduced in next release of each Alkaes Plugin (Users Management by Project Manager 1.10 is the 1st one).

But if need, you can now install the new version of Alkaes License Plugin ... Use one of below versions depending on you JIRA Instance :