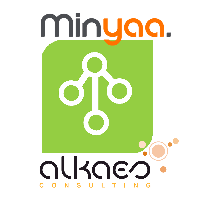 Align your Workflows to your Business

JIRA uses for its Workflow Management, the OSWorkflow library that was provided by OpenSymphony (on Web Archiver) , but now this Open source community has been closed, and its projects have been moved to Apache Project or to Java.net Projects.

This framework provides many mechanisms to define a Workflow, using different concepts : Steps, Status, Action, Conditions, Validators , Post-function (<OSworkflowDoc>/docs/3.2%20Workflow%20Concepts.html). Most of them are used and well described in JIRA Documentation.

If you take time to read OSWorkflow Documentation, you will discover that JIRA provides for Workflow design a part of capacities of this library. When you need to do more, you need to go to in the XML of OSWorkflow (<OSworkflowDoc>/docs/1.%20Your%20first%20workflow.html) !

JIRA Community has made different contributions to go beyond JIRA in the Workflow design :

Since, JIRA has introduces its own Workflow Designer (based on Flash, and later a new one based HTML5), with the uncertain future of Flash (and also Flex) and since the JIRA Workflow Designer does the Job (at least, related the graphical rendering), it has been decided to stop the support of Minyaa Workflow Designer.

But, since the JIRA Workflow Designer does not provide yet feature of the initial Minyaa Workflow Designer, it has been decided to reproduce these useful features in an enhanced Workflow Editor (Text Mode).